THE HISTORY OF ANN'S CHOICE

Click on the year below you wish to visit. 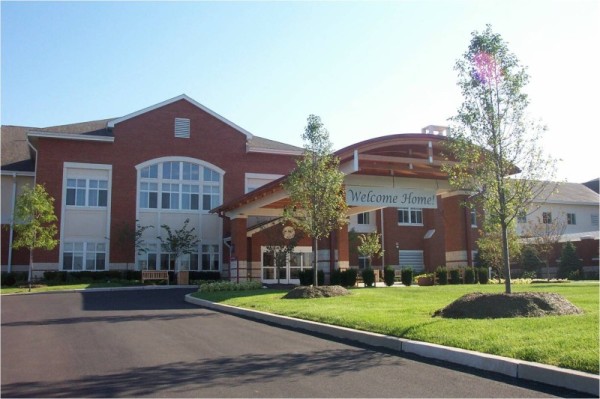 Hanging above the double doorway was a banner that touched them all. It said, “Welcome Home.”

The story of Ann’s Choice is the story of people from many places coming together to create a new life that celebrates growing older in comfort and community.   It’s the story of acres of flat and treeless ground that is now home to over 2000 residents who enjoy the beauty of a tree-filled campus with lush gardens and the song of birds.  And it’s the story of an ambitious staff who dedicate each day to working with residents to create a safe, meaningful and satisfying life style.

On August 1, 2003, hundreds of future Ann’s Choice residents gathered together with staff and dignitaries in front of the 52,000 square feet Village Clubhouse.  Hanging above the double doorway was a banner that touched them all.  It said, “Welcome Home.”

The 100-acre campus was the tenth for Erickson Retirement Communities, a Maryland-based developer.  Formerly home to the Naval Air Warfare Center  (previously known as the Naval Air Development Center), the project was realized with the assistance of an economic development program, and had been enthusiastically supported by local and state officials when the NAWC closed.  In late 2001, the Warminster Board of Supervisors developed a new zoning district, “Continuing Care Retirement Community,” to accommodate the complex, clearing the way for a whole new use of the land. By the summer of 2002, crews were demolishing the former Naval structures, making way for Johnsville Boulevard and Ann’s Choice.

The annual report for 2003 records that 188 apartments had been settled and there were 152 reservations, 185 standby and 155 future reservations for upcoming buildings.  Joining Dawson Terrace and Montgomery Court, Westwood Place was scheduled to open in March of 2004; Parkview in August 2004; and Hampton Ridge in October, 2004.

As of July 31, 2004, the Marketing Department had settled 280 apartments, had 546 priority list members, and had opened 3 buildings.  We had 405 residents.  There were 225 members of the Fitness Center.  Resident Life reported 39 clubs and organizations.  The community was off and running!

BUT FIRST, THERE WAS ANN DAWSON…

In the early 1700s, Ann Dawson, the daughter of one of Montgomery County’s first settlers, married one of Bucks County’s most prominent citizens, Bartholomew Longstreth.  Legend has it that Longstreth, who later became the town supervisor of Warminster, fell in love with Ann when he saw her carrying mortar and stone in her apron while helping her father build the famed Crooked Billet Inn.

Bartholomew was smitten on the spot.  In those early days it took strong men to survive and prosper, and an equally strong partner in marriage for help and encouragement. Ann rode to the wedding at Horsham Meeting on a pillion (seat cushion in back of a saddle) behind her father and, after the wedding, climbed behind her husband for the ride to her new home. Ann’s strength was displayed every day as they worked the farm that was to become home for the happy couple and their family.

Ann’s Choice overlooks the Longstreth farm as well as the homestead of another distinguished early settler, John Hart.  In the late 1600s, John Hart received a grant of land from William Penn and chose Warminster to build his family home.

Though both homesteads are long gone, the land that was once home to these distinguished families has been reborn as a vibrant community for independent individuals with traits every bit as remarkable as those of Ann Dawson Longstreth.

“Ann’s Choice On the Rise”

A History of Warminster by Paul C. Bailey

CLICK ON ANY PICTURE TO BEGIN THE SLIDE SHOW - FIND THE ARROW AND MOVE FROM PICTURE TO PICTURE.

OUR LINK TO THE NAVY

Information about the Naval Air Development Center history is taken from  Images of America:  Warminster Township written by Kathleen Zingaro Clark (Arcadia Publishing, 2010).  Consult the book for a more detailed account of the accomplishments of the NADC, including numerous pictures.  Two copies of the book are available in our own Prospect Hill Library,

The land now occupied by Ann’s Choice has a place in naval history, having been the home of the Naval Air Development Center, renamed the Naval Air Warfare Center in 1992.  In 1944, the Navy assumed the land and buildings from the Brewster Aeronautical Corporation.  Brewster had constructed the runways, hangars, and a $5 million plant.  Two years after Pearl Harbor, Brewster employed nearly 7000 workers, but was “plagued by severe management, labor, production, quality and delivery problems.”

Under the Navy, the original name of the operation was the Naval Air Modification Unit.  The research services performed there were transferred to the Naval Air Warfare Center in Patuxent River, Maryland, in 1996.

Question/comments about this page should be directed to Joan Greenberg.  Contact information is available in the Ann's Choice Resident Directory.