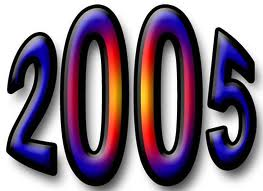 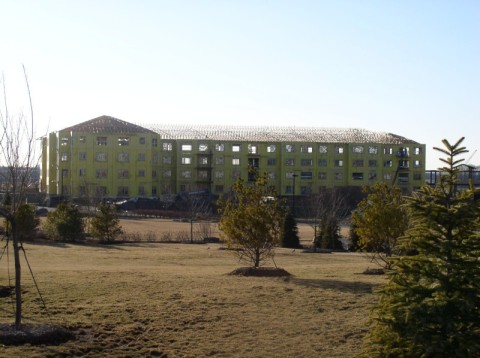 We started the year with the best of intentions: a Weight Watchers program! There’s no report available on the number of pounds lost by participants, however.

“E-A-G-L-E-S” was the raucous chant from hundreds of residents at a pep rally for the Philadelphia team held on January 12 with Eagles mascot Swoop and Eagles cheerleaders. Dressed in Eagles green, our residents helped to push the team toward the Super Bowl.

General Services dug us out of a major blizzard and kept on smiling.

Seventeen of our residents were remembered at the first community interfaith memorial service on February 8. A second service was held on September 13 for the 14 residents who had passed away since February.

The RAC addressed the issue of cooking incidents setting off smoke detectors in residents’ apartments, generally caused by unattended cooking. And speaking of food, Dining Services prepared a special Valentine’s Day gourmet menu and Resident Life hosted a “Just Desserts” event on the same day…and good luck to those who had enrolled in the Weight Watchers program! During the year, Dining Services brought us other special events, including a “jazz brunch,” a St. Patrick’s Day celebration, and “Dinner with the Chef.” Signatures Restaurant opened for lunch and dinner six days a week. Our student employees had a summer car wash to raise money for their Scholars Fund.

The second RAC election was held on March 17. There were nine candidates running for the four available positions. Charley Gysi assumed the chair’s position due to the appointment of Ken Longman to the Ann’s Choice Board. Other Council officers included Bob Franz (vice-chair) and Gerry Connell (secretary). Terry Heaton, Harry Kearney and Cynthia Woodson continued on RAC and Vince Peterson joined the Council.

The March RAC Matters reminded everyone to (ready for this?) return shopping carts.

With the opening of the second neighborhood, our services and opportunities expanded. The Marketing Department moved to Liberty Commons Clubhouse shortly after it opened. Prospect Hill Library relinquished its temporary space in Dawson Terrace to Dining Services and moved to its permanent home in the new clubhouse. And it was“Lights! Camera! Action!” as Channel 5 at last had a real, professionally equipped TV studio and staff.

Ann’s Choice won first place in the Bucks Beautiful contest, with the fish pond and numerous flower beds cited. Many Bucks Beautiful awards have followed over the years.

Scholarships were given to nine of our student employees, all from William Tennent High School, in a ceremony on May 22.

Residents and guests danced to the music of the Society Hill Music Makers at the second annual gala, held on June 25 with a “Roaring 20s”theme. The Village Clubhouse saw its share of “mobsters” and you had to say the secret phrase (“Joe sent me”?) to enter “Joe’s Speakeasy” (also known as Banners Café). The gentlemen from our Transportation Department were colorfully garbed in zoot suits, a style more closely associated with the 30s and 40s, but a memorable fashion statement nonetheless!

Summer brought us the first Resident-Staff Variety Show and Comedy Nights (July 25 and 28) and the Summer Olympics, where we took home a couple of first place trophies. Sports enthusiasts had an opportunity to participate in a bocce tournament, Frisbee golf, horseshoes, and tennis. Yoga courses commenced and “Exercise Across Erickson” put us in competition with the other ten communities.

In July some of us negated the good we accomplished with that Weight Watchers program by participating in an ice cream eating contest and a summer luau. Also in July, Executive Director Joe LoCascio presented a $1000 donation to the Warminster Baseball and Softball Association to maintain the baseball fields in Warminster Park.

John Erickson paid a visit on October 19 and held a Town Hall meeting in the Performing Arts Center. The annual Halloween Grand Parade provided lots of laughs. Apparently one has to be willing to wear a crazy costume in order to be hired at Ann’s Choice – and we love our staff for their willingness to let us have fun at their expense!

Before the end of the year we had added many more regular activities: line dancing, Bible study, a walking club, a genealogy club, a photography club, and memoir sharing. And if your name is Shirley you were eligible to join the new “Shirley Club”!

Residents from Erickson communities raised $170,000 for tsunami relief, with Erickson Corporate adding an additional $25,000. Our residents raised $17,000 to assist the victims of Hurricane Katrina and held a memorial prayer service on September 2.

Transportation was on the go! They took residents on trips to Philadelphia Park Race Track, the Philadelphia Flower Show, several Phillies games, a Baltimore Harbor cruise, and a trip to Wildwood Crest, New Jersey, among other places.

The Treasure Chest had a bang up year – income for the first year of operation was over $15,000. Contributions of $4850 were made to both the Scholars Fund and the Benevolent Care Fund and eleven campus organizations received grants. The Staff Appreciation Fund drive netted $148,116, shared by approximately 325 hourly service level employees.

We ended 2005 with good news about taxes: since Ann’s Choice is built in a Pennsylvania Keystone Opportunity Zone (KOZ), those residents who had lived here for 184 or more consecutive days were eligible for tax relief. Does it get any better than that? 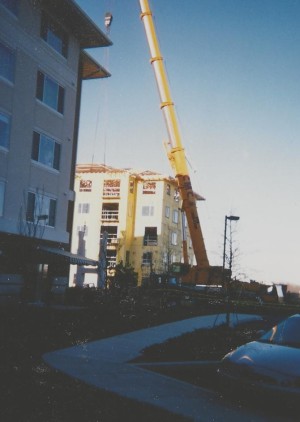 Above picture is the bridge construction from CB1 to CB2.