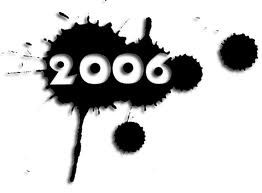 The year 2006 saw the opening of three Erickson campuses across the United States: Monarch Landing in Naperville, Illinois; Maris Grove in Concordville, Pennsylvania; and Highland Springs in Dallas, Texas. Not to be outdone, our own campus was expanding. By the end of 2006 we had completed the construction of our second residential neighborhood with the addition of Morris Square and Braxton Court. Renaissance Gardens was under construction. And the land was cleared to prepare for our third neighborhood and chapel.

The Erickson Advantage health plan was rolled out on January 1 at six Erickson communities, including our own. By mid-summer there were 1000 members Erickson-wide. Our Medical Center introduced the Care Path program, which offered the opportunity to have a health care provider at the Medical Center even if a resident had decided to continue to use a primary physician outside of the community.

New faces among the staff in 2006 included John Baines, Jr. (Transportation); Steve Ezzo (Grounds Supervisor); and Beth Branchide and Pat Sterling (Erickson Advantage). Joe Rice was promoted to Banners Café manager and Juanita Troutt, formerly with Banners, became our catering coordinator. Dr. Helen Khusic joined the medical staff. We had 365 staff members, some of whom participated in a memory walk for the Delaware Valley chapter of the Alzheimer’s Association.

In January the Resident Advisory Council (RAC) approved a new constitution and by-laws giving each neighborhood at least two representatives in future Councils.

In February our students held a talent show to benefit their Scholars Fund. At that time we had 180 students employed, representing 15 local high schools. The second annual Scholars Fund campaign raised $37,511 for the candidates. Scholarships were awarded on May 31 in a moving ceremony in our Performing Arts Center.

Another great event in February was the Valentine’s Day “Not So Newlywed Game,” played by five couples for the benefit of a supportive and amused audience. Harry and Fran Smith were the winners.

The Irish Club produced a “Wearing of the Green” show to celebrate St. Patrick’s Day. RAC elections were also in March, with Charley Gysi staying on as president until August, when Bob Franz stepped into the job. Volunteering was encouraged in April with a Community Day and Volunteer Expo and rewarded in May with a breakfast. Work was underway for the first Pictorial Directory with a page devoted to each resident’s interests and history. Ann’s Choice residents shared their needlework talents by making blankets and afghans for the national organization known as Project Linus. Members of our Sit and Stitch group were recognized by NGA, Inc. for their efforts in crocheting and knitting blankets, hats and gloves, distributed to the economically disadvantaged. NGA, Inc. is a non-profit that helps improve the quality of life for people in need by providing them with new clothing.

Several dozen residents took part in a Home Run Derby to help usher in the start of the baseball season. In May we began our summer-long participation in the Ann’s Choice Summer Olympics with a Walk-a-thon to benefit the Susan G. Komen organization. There were 23 events and 308 residents participating in games as diverse as bocce, Frisbee golf and Tiddlywinks. The “Be a Clown – Family Fun Fair” was held as part of the Olympics, fun for grandparents and grandchildren alike.

Our third annual gala to benefit the Benevolent Care Fund was held on June 17 and was attended by 500 elegantly dressed residents, staff and guests who dined and danced the night away on the “S.S. Ann’s Choice,” carrying out the cruise theme. The balances at the end of 2006 showed that we raised $170,929 for the Benevolent Care Fund and $68,151 for the Scholars Fund. Included in the donations was a $4300 check from Abington Bank for the BCF.

Ann’s Choice supported our township police department with a $3000 donation for the new bike patrol unit.

By July, the last apartment building in our second neighborhood (Braxton Court) was already 10% occupied; neighborhood one had an occupancy rate of 99.8% and neighborhood two reached 60%. In August the move-ins were averaging two per day!

Entertainment was provided throughout 2006 with a musical review; a show presented by the Toe Tappers; a joint concert with the Sweet Adeleines and our own Ann’s Choice chorus; a Piano Players and Friends Club recital; and the second annual resident-staff variety show. Another collaborative project was the Halloween bake-off, with residents and staff contributing recipes for a booklet that included an intriguing recipe for “graveyard treats.”

To no one’s surprise, the July Annagram and the November and December RAC Matters reminded residents to return shopping carts in a timely manner!

The Prospect Hill Library committee started work on a card catalog for the main library, which held approximately 4000 titles. Purchase of a computer, cataloging software, furniture and supplies was made possible by a $5000 grant sponsored by State Senator Stewart Greenleaf through the Pennsylvania Department of Community and Economic Development.

In mid-July, Signatures Restaurant opened for lunch four days a week and bar hours were extended in Village and Liberty Commons Clubhouses. The “My Nutrition” program was introduced to help residents make wise food choices. Other Dining Services innovations in 2006 included over 100 new items on the spring/summer menus; a line of healthier desserts called “smart sweets”; the meals-to-go program managed from Banners Café; and a first “Farmer’s Market Day” in the catering room.

The Political Interest Group took the lead to help residents become more informed voters by holding a series of “Meet the Candidate” forums that were also recorded and rebroadcast on Channel 5. No matter how disenchanted we might have been with the political situation, many of us stood in a long line at McDonald Elementary School to cast our votes. That experience spurred our interest in moving the District’s polling place to our campus, which was later accomplished.

The annual Blessing of Our Pets was held at the gazebo on October 2, officiated by our Pastoral Ministries Manager, Rich Haddon. By all accounts, the canine and feline participants behaved with dignity appropriate for the occasion.

Memorial services were held on March 7 and again on September 26 for those community members who had passed away. Forty three residents and 3 staff members were remembered.

Under the guidance of the Fitness Center we held the third annual “Turkey Trot.” Residents were challenged to a half-mile walk through our 100+ acre campus as a fund raiser to purchase Thanksgiving turkeys for families in need in our surrounding community. Enough money was raised to provide 32 families with holiday feasts. We also held an inter-faith Thanksgiving Day service.

We closed the year with an ecumenical Christmas service in the PAC. We had much to feel blessed about as our community continued to welcome new members, new staff, and new opportunities for service, sharing, and fun in 2007.