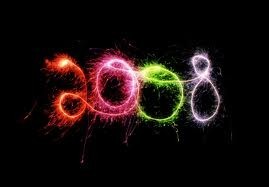 “New and improved” might have been the slogan across campus in 2008.

The focus in Dining was on staff training, including giving student employees better knowledge of menu items.   Dining also implemented “Think Hot” to improve food temperature controls.  Banners Café underwent extensive renovations.  The Acorn Pub initiated a new menu.  The “My Nutrition” program was successfully rolled out, providing a web-based application so that residents could assess the nutritional values for each night’s menu selections.  Who would have thought that an innocent slice of carrot cake would have so many calories?

A new Security Manager was hired and he implemented additional training and communication programs.  In an effort to improve the climate control of the entire Village Clubhouse neighborhood, new cooling towers were installed.  A light bulb exchange was held to support energy conservation and our “green” initiative looked for ways to reduce our carbon footprint and be good stewards of residents’ money.   We implemented the use of all recyclable disposable paper products and conducted an energy audit and lighting review, among other improvements.

Life cycle renovations were completed inside and outside on several floors in Dawson Terrace and Montgomery Court.  Our Grounds Department brought home a “Bucks Beautiful” award for the third year in a row.  Grounds staff assisted the Garden Club in moving their gardens and storage sheds to a new space behind Renaissance Gardens.

Three new parking areas opened and a facility for storing equipment and vehicles was built.  Two tennis courts provided a new way to have fun and get fit.

Wireless Internet connections became available in the clubhouses and RG.

Our television station, ACTV-5, was renovated to provide work stations for both staff and resident volunteers as well as more flexibility for studio productions.

“Fruits of Our Labor” sales provided an opportunity for residents to sell their creative wares, from pottery to paintings.

A stained glass window was installed in our chapel with strong fund raising support from the community (over $28,000).  Residents voted for the winning design from a choice of six options. 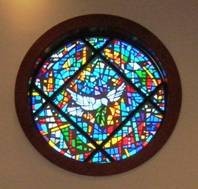 In 2008 we shared out time, talents, and treasure.

The Philanthropy Department’s efforts helped to increase Legacy Circle gifts (planned gifts) by 513%.  [The original members of the Legacy Circle are Joan and Sandy Greenberg, Agnes McCausland, Edna Blaker and Charles Slemmer.]  We ended 2008 with a balance of $651,073 in the Benevolent Care Fund, with no funds expended through 2008; and $244,023 in our Scholars Fund, with $64,500 expended to support our student scholars.

Philanthropy’s “Doing Good Committee” initiated several philanthropic efforts outside the community, including the first of what has become an annual food drive for a local food pantry, collecting enough peanut butter and jelly (among other food) to make hundreds of sandwiches!  Over 750 items of new clothing were collected for a local non-profit agency.  The Grounds staff volunteered their time to work with residents to beautify the grounds of NGA, Inc.

Our relationship with the YWCA of Bucks County evolved into hosting two teen career days for underserved children and the wrapping of over 150 gifts for children attending a YWCA holiday party.

With the help of our Resident Advisory Council, Resident Life supported the distribution of over $346,000, donated by residents, to nonexempt employees through the Staff Appreciation Fund.

We completed our third neighborhood and welcomed 315 new residents, bringing our census to 1,928 residents by the end of the year.  With 202 newly settled apartments, we were 93% occupied.  The “Moving Home” program was implemented, providing a counselor to work directly with prospective residents to help them stage and sell their homes.  The result was that the homes of prospective residents were on the market a shorter period of time.

An Erickson milestone was also reached:  25 years since the opening of its first community, Charlestown, in Baltimore, MD.

2008 was also a year to celebrate the success of our community.

Lead by Senior Social Work Manager Suzanne Tepper, Ann’s Choice embarked on a “Unity in the Community” mission that included community-wide forums, each of which addressed common areas of concern and the challenges of living in community.  We developed a list of resident values that included respect for people, property, and privacy; recognizing, understanding and tolerating differences; demonstrating caring and compassion towards neighbors and staff; and honoring our community, including its rules and policies.

On May 15, led by Jennifer Steinhauer from our Social Work Department, nearly 1200 residents and staff joined hands, forming a ring around our campus on a sunny and fun-filled day we called “Hands Across  Ann’s Choice.”

On August 1, members of the “Pioneers” – those residents who committed to moving to the community early in its development – gathered to enjoy a 5th anniversary celebratory luncheon and to reflect on our history with some of the staff who had shared those first five exciting years, including Jim Kelly, our first Marketing Director, and Marie Dmoch, Senior Retirement Counselor.  Enterprising residents from the fifth floor of Montgomery Court arrived dressed as actual pioneers, sun bonnets and all, and were the hit of the day.  A special anniversary menu was served in all dining locations that evening.

Over 86% of our employees said they were “proud to work for Ann’s Choice” and our staff retention for the year was 70% for both regular and student employees.  Erickson was selected as one of the top 100 places to work in the Fortune magazine annual poll.  Ann’s Choice and Maris Grove, our sister community in Delaware County, were selected to the “Top 50 Places to Work in Pennsylvania”  list.  Steve Ezzo, Grounds supervisor, was named Employee of the Year; Matt Betz, senior IT site manager, received the Erickson Leadership Award.

The Resident Satisfaction Survey showed that 97.2% of our residents “would recommend Ann’s Choice.”   We won the “best retirement community” slot in a reader poll sponsored by the Bucks County Courier Times.

Ann’s Choice had the highest number of enrollees in the Erickson Advantage program of any of the Erickson communities, with 271 new members and a total of 634 at the end of 2008.  Resident satisfaction with the plan scored 18 points higher than the national benchmark.

Our 100+ clubs and organizations kept residents busy with a variety of mostly resident-led activities, including

As the year came to a close, thirty residents were lovingly remembered at a community memorial service on October 2.  We joined together in thanksgiving twice in November, once for a thanksgiving service organized by the Hatboro Warminster Ministerium and again at our own interfaith service of thanksgiving.   As winter nipped at our heels, we settled in for a new year’s celebration and the changes and challenges that would come to define 2009 at Ann’s Choice.