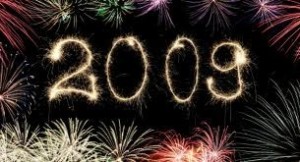 We started the year with a changing of the guard, and we don’t mean just at the White House. John Erickson, founder of Erickson Retirement Communities, stepped down after twenty-six years, turning the CEO reins over to Bruce R. “Rick” Grindrod. Mr. Grindrod was previously president of Erickson Developing Enterprises, the company’s business development arm, and had been with the company since the first retirement community opened in 1983. John Erickson stayed on as chairman of the company. There would be more changes at the corporate level before the close of 2009, but life continued pretty much as usual at Ann’s Choice.

If you wanted to learn about computers, the Ann’s Choice Computer Club (AC3) offered tutorials in basic computer use. If you had some old towels and blankets, they could find a new use for animal care at the Bucks County SPCA, thanks to a drive sponsored by the Philanthropy Department’s “Doing Good” initiative.   Or if you wanted an academic challenge (minus the tests and homework, of course), you could participate in college courses being offered on campus by Bucks County Community College and Chestnut Hill College. There was something for just about everyone in the growing list of activities - 120 clubs and organizations, including three politically-oriented groups, gave residents the opportunity to have fun and contribute to the community.

Lead by Bob Carver, our AARP volunteer tax aides geared up for another season of support to residents.

Our Marketing Department introduced the “All Star Club.” All Stars are residents who have referred their friends and family, who subsequently become priority list members or residents. In 2009 the sales team settled 152 homes, including 92 new units and 60 re-sales. At year’s end, 90% of our units were occupied.

Much dinner table talk centered on the unstable economic conditions in the country that had started the previous fall. Inflation! Deflation!   Stagnation! The Dow was up…the Dow was down.   Bulls and Bears traded places on Wall Street. Social worker Kathleen McGuigan organized a new support group, “Get a Grip,” giving residents an opportunity to share concerns about stress, illness, and the future, and share coping strategies. Other disturbing national events inspired our Pastoral Ministries Department to host an interfaith service for peace and unity in mid-June.

But there was good news closer to home. Fortune Magazine recognized Erickson Retirement Communities as one of the “100 best companies to work for.” Ann’s Choice was named one of the top places to work in Pennsylvania for the second straight year. To no one’s surprise, we won the Bucks Beautiful award for the fourth year in a row for our Grounds Department’s horticultural efforts. The Intelligencer’s “Best of Bucks” award for retirement communities also went to us.

Black History Month was celebrated as the Protestant Council hosted a series of musical events:   the First Baptist Church of Crestmont; the Back Bench Boys from the Second Baptist Church of Doylestown; the Quarles Ensemble; and the Cornerstone Academy Children’s Choir.

Memorial services were held on March 30 and again on October 5 for 95 residents and one staff member who had passed away.

A lot of special events were held through the spring months. On March 25th and 26th, the house lights went down, the curtain went up, and the Performing Arts Center was again the scene of another resident-staff variety show. Folks with other talents – sewing, painting, ceramics, etc. – sold their wares at the May “Fruits of Our Labor” Sale. (A second sale was held in November.) And the Ann’s Choice Garden Club geared up for an abundant year with a blessing of the gardens and gardeners on May 1. Also in May, 24/7 access to the Fitness Center became available – now there were no excuses for not exercising!   Unity in the Community hosted Community Forum #4 addressing criteria for independent living. RG had its first annual art show.

Renovations at Banners Café were completed, establishing two serving lines (eat in and take out) and new choices were added to the Acorn Pub menu. In 2009, our always creative Dining Department hosted more than 60 special events, holiday, and themed dinners for residents including a Taste of the Orient, a Mardi Gras dinner, and a winter barbeque. In December, hot meal carryout became available as a Meal of the Day option in the Garden Room Restaurant.

The stained glass window in our Chapel was officially dedicated on April 28. The “dove of peace” design was selected from a choice of five designs offered to the community in a campus-wide vote. Resident Jack Edgar penned the dedication song, “Our Dove of Peace”; Dottie Edgar and Joan Baranyi provided appropriate organ and piano music; and the Ann’s Choice Chorus added their communal voice.

Summer brought with it the sixth annual Gala, held on June 13.   “Fire and Ice” was the theme, and guests had a hot time in a cool place, our Multipurpose Room, as they dined and danced the night away.

The annual Summer Olympics offered eleven opportunities for resident athletes to show their stuff, from water volleyball to pinochle. OK, so pinochle isn’t athletic, but it can be competitive. Euchre and bridge players also squared off. Other sports included indoor bocce, tennis, ping pong, Wii bowling, and horseshoes.

How much is a ton? Think about two elephants or a Honda Civic or seven side-by-side refrigerators. That’s how much packaged goods our residents donated to the second annual food drive sponsored by the Doing Good Committee. The food pantries of Bucks County Housing Group benefited from residents’ generosity.   That generous spirit was extended to a “yarn drive,” also sponsored by Doing Good, to support residents who create sweaters for the Knit for Kids project and blankets for Project Linus. And 4,800 pounds of “gently used clothing” were donated to the Keystone Area Goodwill.

The Philanthropy Department reported the following information at the end of 2009:

The Legacy Circle grew with the addition of $546,000 in new pledges. Thirty-five students received scholarships in 2009, with a total of 142 students on Ann’s Choice scholarships by the end of the year. Employee Jessica Hayes was presented with the Helen Elizabeth Slemmer Memorial Scholarship, created by resident Charles Slemmer in honor of his mother.

Our students supported their Scholars Fund with a car wash on a hot Friday in August, raising $600 for their efforts.

Anns’ Choice residents Joan Greenberg and Agnes McCausland were recognized by management for their work on behalf of the Benevolent Care Fund and founding of the Legacy Giving Circle by being included in the Bucks County YWCA’s 18th annual “Salute to Women Who Make a Difference” awards.

In late August we welcomed back Len Weiser. Len had been our Associate Executive Director, then the Senior Director of Operations for Resident Life at corporate. He returned to Ann’s Choice as our Senior Renaissance Gardens Administrator. And there was a pretty new face in the Administrative Office.   Lisa Jones joined the Admin team as an assistant. We closed the year with 853 employees, including 345 part-time students working in the restaurants and café.

Campus rumors were confirmed in October: Erickson Retirement Communities had filed for Chapter 11 bankruptcy, a victim of the national real estate downturn and financial crisis gripping the country. Filing a voluntary Chapter 11 gave the company “…a time-out from creditor obligations to restructure our finances,” according to a letter to residents from John Erickson dated October 19. In November we learned that three bidders had joined Redwood Capital in a competitive process to ultimately determine the new owner of Erickson Retirement Communities. Finally, in a letter from Mr. Erickson dated December 23, he stated that the company had been acquired by Redwood Capital Investments, LLC, an investment company controlled by Jim Davis, a Baltimore businessman whom Mr. Erickson had known for quite some time and someone who shared Mr. Erickson’s vision for the company. Mr. Davis co-founded Allegis Group, the largest privately held staffing company in the United States. He became Chairman and Chief Executive Officer of Erickson Living Management, LLC.

The December calendar was filled with holiday-related events: wrapping presents for the YWCA and Toys for Tots; a Winter Reflections concert; “Comedy Night” presented by the Ann’s “Choice” Players; a presentation by the St. John’s United Methodist Church bell choir and chorus; a “Holiday Sing-A-Long”; and the annual New Year’s Eve bash sponsored by the Entertainment Committee.

Our ever-expanding community could look back on a year of change, growth, sharing and caring. Having our own management team still in place – those familiar faces we know and love - provided comfort as we speculated about what changes the new owner might make in 2010. Whatever…we knew the snow would be plowed, the meals would be served, and we would likely win another Bucks Beautiful award. All in all, we were confident that we would be well taken care of in the new year. 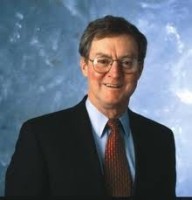 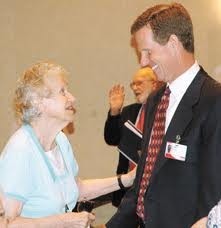