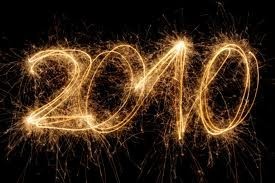 The year 2010 was a significant one in the history of Ann’s Choice and Erickson communities. That year, the sale of assets of Erickson Retirement Communities was approved and Erickson Living Management was organized by the purchaser as a new company. Having spent many hours on this transition, our independent, not-for-profit board entered into a management contract with the new organization. Residents soon began to notice the new blue and green “Living” logo popping up on signage, vehicles, and publications. On May 17, Erickson Retirement Communities founder John Erickson and Jim Davis, chairman and CEO of Erickson Living, visited our campus, kind of an unofficial “hand off” from the old guard to the new.

By the end of the year, 116 homes had been settled (38 new and 78 re-sales); 1,414 homes were occupied with a billed occupancy rate of 94.5%, a true milestone in a year when real estate in general wasn’t doing so well. The Realty and Moving Service program was expanded and our Personal Move Consultant was involved with 85% of the settlements. The “All Star Program” grew to 92 residents who provided referrals that resulted in 24 priority deposits, 19 net reservations, and 19 settlements in 2010. Lots of new folks enriched our community. Resident satisfaction stayed high, with 93.1% of our residents indicating that they would recommend Ann’s Choice to others.

A tough winter often meant “all hands on deck” to keep up with the snow. Water penetration issues were solved in Dawson Terrace and Montgomery Court, with repairs completed in early spring, and roof repair on Keystone Clubhouse eliminated problems there.

Dining Services established a Dining Opportunities Committee with a mission to explore new ways to meet residents’ needs and expectations. “Healthy Course” menu options were introduced as part of our daily fare. More than 60 special events, holiday, and theme dinners provided dining variation for residents, including the “Decadent Sundae Bar” in May. The Catering staff supported a community Seder for more than 330 residents and guests. The first “Dining Expo” showcased the department and featured cooking demonstrations of new recipes the chefs would be debuting. Dining supported a number of community outreach events, including the Ben Wilson Senior Center’s annual fundraiser.

Two “Unity in the Community” forums were held. The first focused on campus communication - who knew that there were nearly two dozen different ways to advertise an activity on our campus? The second forum covered the admissions process for Renaissance Gardens.

With over 150 clubs, groups and activities, we were challenged to find time to fit in the occasional afternoon nap!   Some 60+ course options were available during the two semesters of Lifelong Learning. The Transportation Department offered 142 group trips.

The Philanthropy Department reported a 2010 ending balance of $899,632 in the Benevolent Care Fund and $407,275 in the Scholars Fund. Resident Charles Slemmer made a planned gift, establishing the Helen E. Slemmer Memorial Scholarship, named in honor of his mother. Fifty-nine percent of residents donated to the BCF and 66% to the Scholars Fund. The Legacy Circle (planned giving) continued to grow. A spring fashion show raised funds for our student scholars, and they worked on their own behalf at the summer student car wash, netting $1100. Residents helped to organize the second annual golf outing, bringing in $12,000 for the Scholars Fund. Dr. Yvonne Kaye (“the Erma Bombeck of Bucks County”) was the featured speaker at an October fund raising luncheon for the BCF.

Pastoral Ministries, working with the Horsham Lions Club, reached a milestone: over 1,200 pairs of eyeglasses donated for distribution to the needy.

Our residents also supported various activities that improved the lives of others in the greater community: food drives, clothing drives, towels and blankets collected for animal care at the Bucks Count SPCA. We gave blood and wrapped gifts for needy children. Ann’s Choice dancers of all types shared their talents in a “Dance Explosion.” Doris Coleman shared her piano virtuosity in a summer concert titled “Shall We Dance?” Edith McLay and Jane Neiger were honored for their volunteer efforts at the Bucks County YWCA’s “Salute to Women Who Make a Difference.”   Over 750 residents volunteered both within and in the external community, reporting over 55,000 hours of volunteer service in 2010.

Glenn “Hurricane” Schwartz, NBC10’s weather guru, helped us celebrate Earth Day with a program about global warming sponsored by the Science Round Table.

The annual gala moved from its traditional June date to September with a “Harvest Moon” theme.

Channel 10 was added to our community television lineup - now club and activities announcements could be broadcast around the clock.

To no one’s surprise, we won a “Bucks Beautiful” award for our grounds for the fifth year in a row! And speaking of awards - RG’s short film A Voice for Choice won second prize in a national contest sponsored by the “It’s Never 2 Late/Pioneer Network.” With an original script by RG chaplain Christopher Grosso, our submission, a six-scene video filmed on location at RG, involved four staff and 12 RG residents as “talent” and three independent living residents as producers, all under the direction of Channel 5 TV manager Mike Gogal.

The Fitness Center sponsored a “Biggest Loser” contest. In eight weeks, resident participants lost 229.2 pounds and staff lost 53.3 pounds. We said “goodbye” to fitness instructor Holly Cutler and “hello” to Beth Muller. New equipment (or “instruments of torture,” depending on your point of view) provided more exercise options. The pool was resurfaced

Debuting in the fall of 2010 was The Written Word, a new publication spearheaded by RG resident George Diehl. This quarterly literary review provided residents with an opportunity to share their stories, poetry, and commentary.

Autumn also brought us the Political Interest Group’s candidate forums, a Fruits of Our Labor sale, and the continuing simulcasts of Philadelphia Orchestra concerts in our PAC.   And if you needed to brush up on your driving skills, the AARP 50 Plus Driver Safety course not only helped you to be a better driver, but also saved you money on your car insurance.

A disaster drill at RG, held in cooperation with the Warminster Fire Department, provided practical training for the Department and RG employees. Four fire trucks pulled up to the front of the building and hoses were pulled in to the first floor – we wonder what Rhett thought about that!

There was no doubting our appreciation for the great staff that serves us every day and we showed it in a tangible way by donating $382,000 to our non-management staff appreciation fund, representing contributions from 74% of our households - the highest amount distributed by any community in Erickson Living. And so we ended another year of sharing our gifts, talents and treasure at Ann’s Choice.