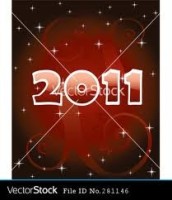 From the viewpoint of those who work on this resident website, the most significant event in 2011 was having www.acresidents.org go “live.” Residents now had access to an electronic version of our monthly calendar, publications, menus, and a host of other information, including the history of our community. Hand-in-hand with our “going green” initiative, the new website provided an alternative to the numerous pieces of paper stuffed in our cubbies every week.   Thanks to resident Bob Klimek and a small team of resident volunteers from all three neighborhoods, the website continues to expand and improve and live up to its slogan, “You’ll be amazed!”

Overall resident satisfaction remained high in 2011, according to the annual Holleran Resident Satisfaction survey. In response to the question, “Would you recommend Ann’s Choice?” 93.1% of our residents answered in the affirmative. For the second year in a row, Ann’s Choice was voted “Best Retirement Community in Bucks County” in the annual Intelligencer newspaper readers’ poll. In fact, we had plenty to brag about in 2011.

ü  Ann’s Choice Visiting Nurses Service received national recognition by the Elite Award, ranking in the top 100 agencies in the USA (out of 9,724 agencies)

ü  Jessica Bunner, Evening Security Supervisor, was selected by the Red Cross for their “Distinguished Service” award for her actions that saved a resident’s life

Our 98 acre campus hummed with activity and opportunities for fun, travel, leadership, and service.

Another event to make winter seem not so dreary was a concert by singer Peggy King, the “pretty perky” star of the George Gobel television show and a consummate entertainer. Peggy donated her services to help raise funds for the Benevolent Care Fund.

The eighth “Unity in the Community” forum focused on helping residents understand the purpose of the annual resident satisfaction survey.

Friday, June 10, was our June Jamboree. Residents and staff were invited to “celebrate, participate, articulate” what’s great at Ann’s Choice. The full day of activities was planned by a joint resident-staff committee lead by Suzanne Tepper, senior social work manager, and resident Joan Greenberg, and from all reports a good time was had by all.

Tai chi was added as another option in our fitness opportunities with classes led by certified instructor Story Biddle.

The Ann’s Choice Garden Club, with the assistance of our Grounds Department, built three raised bed gardens to provide a gardening experience for those for whom bending and kneeling are a challenge. Special recognition goes to resident Dick Longcoy, project leader.

Interest in computers remained high with a big turnout at the June Computer Open Houses, a kind of “traveling road show” that visited each clubhouse and answered residents’ questions about this website and computer use in general

The Transportation Department provided loads of entertainment opportunities and travel experiences, including trips to Sicily and the Panama Canal.

An October fashion show and luncheon, held in our Keystone Multipurpose Room and catered by Dining Services, raised $16,000 to benefit the Benevolent Care Fund.

“From Age-ing to Sage-ing” was the theme of a four-part workshop led by residents Lisa and Larry Mullins, exploring life experiences and the power to share the fruits of “sage-ing.”

Dining Services held two promotional events in 2011. The first, a Food Show, showcased the vendors who provide the products used by the Department. Later in the year, a “Perception Reception” offered good things to eat and an opportunity to talk with the Department’s staff, as well as a sneak peek at the new menu items.

We bid farewell to Abington Bank and welcomed Susquehanna, and thankfully our wonderful bank staff remained in place to help us struggle through the transition.

Mindful of a still shaky economy, the New Year’s Eve party committee delivered “Fun on a Shoestring” at the annual resident party on December 31, thus ending our year.