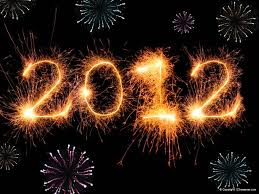 Here at home…Residents enthusiastically supported a towel drive sponsored by Philanthropy’s Doing Good Committee to benefit the new Bucks County SPCA shelter in Quakertown. We collected 91 bags of towels for animal care. Also in January, a planned water system maintenance project meant no water (hot or cold) to apartments (and yes, we survived!).

Here at home…We held our 8th annual Wing Bowl and Freddy Crossland (Security) was the winner with a wing count of 67! Thanks to a mild winter, daffodils were in full bloom in front of Village Clubhouse. The Phillie Phanatic visited campus to help us (and some of our pets) pack up all of those SPCA towels. And the resident website, acresidents.org, celebrated its first anniversary, establishing it as the go-to place for campus information.

Here at home…A Tech Expo introduced residents to new technology; and the annual Variety Show filled the PAC stage with music and comedy. The RAC election was held.

Here at home… Resident creativity was on display at the Fine Arts and Crafts Sale to benefit the BCF and Scholars Fund. Volunteers were “appreciated” at the annual Philanthropy breakfast.

Here at home… We said goodbye to Executive Director Joe LoCascio, a man of many talents - and costumes! The 4th annual Golf Tournament raised money for our Scholars Fund and the annual Home Run Derby was won by Jim Seybolt and Joan Skelly. LJ Herman and Yoli D’Archangelo represented Ann’s Choice at the Bucks County YWCA’s “Women Who Make a Difference”event.

Here at home… It was hot, hot, hot…record setting temperatures arrived, continuing into July. The 5th annual food drive, a Doing Good project, collected over a ton of food for the pantries of the Bucks County Housing Group. Dining Services rolled out the Flexible Meal plan option (replacing the “Meal of the Day” program), giving residents a choice between 30(31) meals a month or 20, with the added convenience of being permitted to use more than one meal credit a day for themselves or guests. The 9th Community Forum posed the question, “We’re not getting any younger. What are we going to do about it?”

Here at home…Ann’s Choice celebrated its 9th year of operation with more than 2000 residents now living on our Warminster campus!

Here at home… September’s Benevolent Care Fund Gala had a touch of mystery and glamour with a “Masked Ball” theme; and the Medical Center offered the possibility of winning a Kindle, iPad or flat-screen TV in return for a quick and painless flu shot.

Here at home…We were well prepared for Hurricane Sandy, thanks to management’s great planning. Rain and wind pelted us all day and through the night. While it did little damage to our community, more than half a million Delaware Valley residents were without power. The lights went out here one day later in the month for a planned electrical “tune-up,” which went without a hitch. The “Erickson Walking Challenge” ended with 234 walkers, 56 teams walking in 21 states and 3 countries, completing 18,184 miles.

Here at home…We learned about the history of the Naval Air Development Center (the former occupiers of our acreage) from a documentary, “Tales From Before Ann’s Choice,” produced by residents Jim Meyer and Ken Longman. Zumba, a national exercise craze, became one of the many fitness options available.

Staff changes included the addition of Morgan Gioffre to Channel 5; Dave Rector, formerly with our IT Department, also moved over to Channel 5. Long-time Ann’s Choice employee Debbie Turnock was promoted to Restaurant Manager for Banners/Fireside restaurants. Rev. James S. Sutton became our first Pastoral Ministries Associate. Gloria Smith, our Director of Nursing at RG, assumed the administrator’s job. John Mann, formerly director of Extended Care at Riderwood Village (Maryland), joined the leadership team as Associate Executive Director. And much to the delight of many residents, Holly Henderson, who started as a student server at Fireside Restaurant in 2003, returned to Banners Café (having completed her degree at East Stroudsburg University) and became a service coach. Welcome back, Holly!

And let’s hear it for…