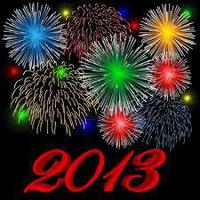 Planning began in 2012 for a series of activities for our anniversary.  Senior Social Work Manager Suzanne Tepper organized a committee that included many residents and staff who had previously assisted with our Unity in the Community projects.  First thing up was a wine and cheese reception in our Multi-purpose Room on February 22.  State Senator Stewart Greenleaf, State Representative Bernie O’Neill, and Warminster Board of Supervisors chairman Leo Quinn congratulated us on our anniversary.  Pioneer employees and residents received special name tags and retirement counselor Marie Dmoch (Marketing), a pioneer employee herself, reminisced about the early days of the community.  Allan and Grace Bradley, pioneer residents, cut a red ribbon to usher in the next ten years.

In March our own Ann’s Choice Chorus presented two special concerts in the Chapel, reprising songs they had sung in previous concerts in a presentation titled “Ten Years in One Hour.”  In April the Ann’s Choice Players staged their first musical, Sometimes a Rainbow, to sold-out PAC audiences.  May’s activity was an antique car show in the Rose Gardens parking lot.  Good food, beautiful weather, and shiny automobiles contributed to a great day.   Warminster first responders (fire, police, ambulance) were our guests at this “Hero’s Day” event.

Sit ‘n Stitch created a quilt with an Underground Railroad theme that was displayed around campus.  And we asked residents to write their memories on large cards that were clipped to clothes line that stretched throughout our clubhouses.

Hands Across Ann’s Choice was held on June 12th.  Hundreds of residents and staff gathered in a somewhat irregular but nonetheless impressive circle along our main roadways and the gazebo area as an airplane flew over to capture the event on film.   Our usual 4th of July Bash included entertainment, singing, and a decorated hat contest.  We wrapped up our tenth anniversary celebrations with a champagne dinner dance in all restaurants on August 1.  The highlight of our evening?   The student servers, whose flash mob rendition of “We Are Family” was  just terrific!

Our tenth anniversary activities weren’t the only things happening in 2013.  Our own Second Time Around Band played old favorites in PAC concerts…Jenkintown Music Theatre brought their production of Annie to our campus…Ken Bornmann and his wife Ruth presented a family concert…the Philanthropy Department sponsored a performance of The God Box, a one act play…Nancy Hascall, a handbell soloist, performed with pianist Clipper Erickson…the Back Bench Boys from 2nd Baptist Church of Doylestown filled the Chapel with music…Steve Guyger and the Excelos filled the PAC with music…soprano Cynthia Rasmussen gave a solo performance in the Chapel…and resident Doris Coleman and her friend Charleen Stevens gave a BCF benefit concert.  Wrapping up the year, Ballet Arts of Bucks County presented an original performance of music and dance, the Bucks County Women’s Chorus entertained with a holiday concert, and the Protestant Council sponsored a visit from the St. John’s United Methodist Church (Ivyland) Adult Choir and Bell Choir.

If you wanted to hit the road, the Transportation Department offered trips far and wide, including excursions as close as Doylestown and as far away as Costa Rica.

Township Manager Rich Manfredi addressed our residents about Warminster government; the Political Interest Group sponsored a Candidates Expo prior to the November General Election; and the Ann Longstreth Forum presented a program about fracking.  You could learn a few tips about how to improve your memory at the Memory Fitness Extravaganza. Journalist/actor/historian Jerry Carrier portrayed statesman John Hay (personal friend to Abraham Lincoln and Theodore Roosevelt).  Well known author Dr. Gary Small discussed his new book, The Alzheimer’s Prevention Program.  We learned that acting could be fun, thanks to the Philly Senior Stage’s workshop.  And our 3rd Annual Tech Expo featured hands-on interactive stations so that we could experience what’s new in the ever-challenging, ever-changing world of computers.

Our tenth Community Forum (sponsored by the Unity in the Community Committee) addressed issues concerning the transitions that come with aging, including adjusting to loss and illness.  Featured speakers were Dr. Peter Schwartz and Dr. Mary Gonzalez, both from our Medical Center.

There were 111 homes released for sale in 2013.  The year-end occupancy was 97.9%.  As part of the Sales Acceleration Program, 70 of the 111 homes released were upgraded with, at minimum, granite counters in kitchens and baths, “Dura-ceramic” flooring, recessed sinks, upgraded faucets, and flat top ranges.  The upgraded homes are one bedroom/one bath, two bedroom/one bath, and one bedroom/den units.

What else was new?  A 15 mph speed limit on all campus road; a new name for RG;  and a Staggered Month End meal program.  Executive Director Chris Donati initiated a monthly newsletter (“From the Desk of…”) to help us keep up to date.  The resident website (www.acresidents.org) celebrated 100,000 hits in less than two years of operation. Ken Longman stepped down after many years as our resident representative to the Ann’s Choice Board; Howard Bishow was appointed in his place.

The annual Holleran resident satisfactory survey was returned by 80.5% of us, with strong resident satisfaction.  In response to a question concerning whether a current resident would recommend Ann’s Choice, 94.8% of residents in independent living said “yes,” as did  93.9% in personal care and 100% in skilled nursing.

General Services continued with Green Initiatives and life cycle renovations, this year in Rose Gardens, among other accomplishments.

Dining  Services hosted more than 60 special events, holiday and theme dinners for residents throughout 2013 including Elegant Evenings, a Winter Barbeque, a Seafood Fest, and the first annual Top Chef Challenge.  Catering staff supported our community Seder for more than 340 residents and guests. The Department held a Dining Expo and a Farmers Market in the MPR featuring old fashioned homemade lemonade (delicious!).  And speaking of delicious…pizza take-out began on Saturdays in Signatures Restaurant.

In Resident Life, Ann’s Choice continued to offer a vast array of activities organized by 148 formally recognized clubs and groups - over 900 calendar events each month.  The swimming pool deck was resurfaced and enhancements were made to the Fitness Center space, the stretching area, and the two locker rooms.  The 2013 Staff Appreciation campaign succeeded in raising $352,610, a nearly $10,000 increase over the previous year, which was distributed to all eligible hourly employees in December based on the hours worked by each over the course of the year.

Over 87% of Ann’s Choice residents were members of the Medical Center, the highest percentage of residents being served within the Medical Center since it opened in 2003.  Approximately 800 residents (about 45% of the practice) are insured and served by Erickson Advantage.

Our Philanthropy Department reported that twenty residents made planned gifts (gifts for the future) to the Benevolent Care Fund and Scholars Fund and the total amount pledged to both funds was $208,000 ($118,770 to the BCF and $90,050 to the Scholars Fund).  In recognition of the importance and value of the BCF, all of the members of the Ann’s Choice, Inc. Board of Directors contributed to the fund in 2013.  Under the Department’s sponsorship, a food drive collected over 2,800 pounds of food for a local food pantry and a clothing drive collected over 800 new baby items for Child, Home & Community, a local not-for-profit that provides assistance for young parents in need.  The community hosted three blood drives, collecting 124 pints of blood for the American Red Cross; assisted the United Way Bucks County’s Knock Out Hunger event by packing over 10,000 meals; and partnered with Child, Home & Community to wrap over 500 gifts for underserved people in the county.  Resident Felisa Owen was honored  at the YWCA Bucks County’s 22nd annual Salute to Women Who Make a Difference for her volunteer efforts in leading clothing drives for NGA (a not-for-profit providing new clothing for those in need).  Felicia wasn’t the only volunteer, of course - over 750 residents volunteered both within Ann’s Choice and in the greater community, reporting over 77,000 hours of volunteer service in 2013.

The quality of care and services at Rose Gardens continued to rank among industry leaders with the Centers for Medicare and Medicaid Services assigning its highest 5-Star Quality Rating to Rose Gardens.  The national rating is based on inspection results, quality measures, and staffing.  For the second year in a row, Rose Gardens achieved a deficiency-free survey from the Department of Health.  Skilled Nursing received Holleran’s Highest Honors for resident satisfaction results, exceeding the 90th percentile, and was significantly above national benchmarks for environment, medical/clinical, administration, and individual fulfillment.  Rose Gardens achieved recognition as one of the “Best Nursing Homes in America” for 2013 by U.S News & World Report magazine.

And those are just the highlights!  Wow…what a year!    Now on to the next decade!