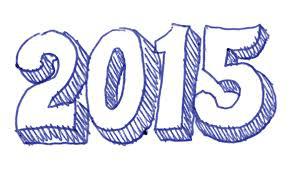 Ann’s Choice residents and staff began another year with what was predicted to be the “storm of the century.”  We actually got about four inches of snow.  No one complained.

So with close to a dozen years of community living under our belts, we spent the rest of 2015 enjoying a year of traditions such as the annual Benevolent Care Fund gala, new opportunities for fun and learning, and improvements within our community, one being the Signature Dining program (more on that later).

There were a lot of new resident faces, thanks to the work of our Sales and Marketing team, with 127 homes settled.  Average occupancy through 2015 was 97.3%.   Over one-third of our new residents (tracked over an 18 month period) were people from out of state, higher than any other community in the Erickson Living network.

Our four new “combination” apartments were settled in 2015.  Combination apartments were developed by combining two adjacent apartments to create a single unit, a new concept for us.   In addition, 94 of the 133 homes released for resale in 2015 were upgraded with granite counters in kitchens and baths, plus other stylish changes.

Just when we’d finally figured out where everything was, people and offices were on the move.  Our Treasure Chest furniture store found a new home on the terrace level of Lewis Pointe,   giving over their former space to General Services.  Our Erickson Advantage folks found themselves occupying the former AC Railroad Club room in the lobby of Village Clubhouse.  And our podiatrist Hariett Levinson was able to spread her wings in the redesigned space formally occupied by the EA folks.  AC Railroad members now work in their new digs in Dawson Terrace. 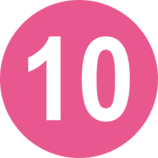 There were some significant changes on campus.  Our Outpatient Rehabilitation offices welcomed visitors to an open house on April 15 to see their state-of-the-art strength building equipment.  Susquehanna Bank, formerly Abington Bank, was acquired by BB&T Banking, but thankfully we continued to see the same friendly faces we’ve dealt with over the years.  Banners Café got a makeover, as did the entire dining program.  “Signature Dining” was rolled out in late summer, ushering in cooked-to-order entrees in our three major restaurants, more dining choices, and some new faces in the Dining Department.   And long-overdue life cycle renovations took Village Clubhouse from tired to trendy with a new color scheme and an expanded front desk.  Village residents played a new game:  “find your cubby.”  Cubbies were moved to share space with U.S. Postal boxes (they, too, were moved).  And plans started for a new wing at Rose Gardens, with construction to commence in 2017.  Liberty Commons Clubhouse also had some new sparkle.  There were significant behind-the-scenes improvements, too, including LED lights retrofitted in stairwells and electrical preventive maintenance.

The Fitness Center replaced some aging exercise equipment, upgraded the locker rooms and did what could be done to make the best use of every inch of its limited space.

A first for us was a planned fire drill in a residence building.  The residents of Montgomery Court served as the guinea pigs in this one-day practice session so that our Security personnel could refine just-in-case emergency plans. 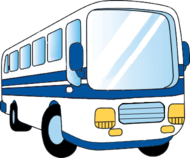 Transportation manager Gene Karahuta and his team put together an astonishing number of off-campus entertainment opportunities, taking residents far and wide.  There were numerous day trips to Philadelphia area theatrical productions, musical events, and museums.  “Mini vacations” overnight included Hershey and Dover Downs.  Longer trips included cruises to Bermuda and on the American Queen Riverboat and a trip to the Albuquerque Balloon Festival.  Like sports?  Join the crowd for a Phillies game.  Like flowers?  The famous Philadelphia Flower Show is your thing.  Like to gamble?  Parx Casino is waiting to relieve you of your hard earned cash.  Our advice:  keep your bag packed…there’s always some place to go!

If travel wasn’t in your plans, there was plenty to keep you busy on campus.  The summer Wellness Extravaganza focused our attention on all of the ways we can (should!) take better care of ourselves.  The 12th Community Forum addressed the issue of Reasonable Accommodation as it relates to continuing care retirement communities.  A Heritage Food and Wine Festival promoted the diversity of our community.  Arts and crafts shows gave us a place to practice America’s favorite pastime, shopping, while benefitting a good cause.  Campus political groups hosted local elected officials, who shared their views and visions about Warminster and Bucks County.  And let’s not forget the movies, concerts, Summer Olympics, lectures…oh, yes, and that Duck Race in the Fitness Center Pool (Go, Ducks!). 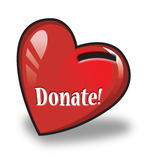 Rose Gardens once again made us proud by being named a “Top Nursing Home in the U.S.” by U.S. News and World Report magazine.  In addition, for the 12th straight quarter, RG’s skilled nursing received a 5-star quality rating from the Centers for Medicare and Medicaid Services.

85% of our residents were members of our Medical Center and we did our best to keep the staff busy:  21,392 visits!  And here’s something else to brag about:  the Ann’s Choice Medical Center scored in the top tier in resident satisfaction compared to other fully developed Erickson Living Community Medical Center.

And as the year came to a close, the weather provided some very welcome surprises.  We enjoyed an amazingly mild Thanksgiving Day and a December 25th that made Warminster seem more like Waikiki.  If this is what climate change is all about, we’ll take it.