Safety is our TOP Priority

Scroll to the bottom of this page for heart safety and health.

Safety in our homes here at Ann’s Choice is not just making sure you remove things to trip over.  It is also about exercise and endurance.  The better shape you are in, the more you can endure, and the easier it is to avoid accidents, and to recover from them when they do happen.

There are three subsections – SAFETY, ENDURANCE, EXERCISE – that are available here by clicking on the icons below. 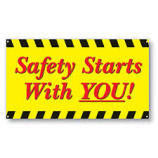 Click on the safety first image and go to a section that contains information on how to avoid falls, and how to prevent them in your home.

Click on the Endurance image and go to a section that contains information on how important Endurance is to our Safety.

Click on the Exercise image and go to a section that contains information on how Exercise is so important to us in all aspects of our life including Safety. 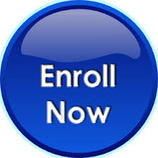 Click on the ENROLL button and follow the instructions to get free email updates on health and safety.  It is free and you can dis-enroll at any time.  Try it.

Click on the picture of drugs to go to a web site all about health and safety, but with good information about the medicines and drugs we all take.

This section contains information how you can care for yourself in our homes here at Ann's Choice, particularly how to avoid FALLS.  Falling is very dangerous to us, as you know, because as we get older, our muscles relax and our bones get a little more brittle.

Take a look at some of the links and information here from time to time, and if you are aware of anything that would help all of us, please let us know.

GET OFF YOUR SOFA.

GET OFF YOUR ROCKING CHAIR.

Walk up and down your floor.  Walk inside, outside.  A short walk.  Anything.  And don’t waddle along – walk briskly, get the heart rate up, the blood flowing.  Every day, take a walk and lengthen it a bit as you feel you can.

Here is some advice on exercising in the hot weather. 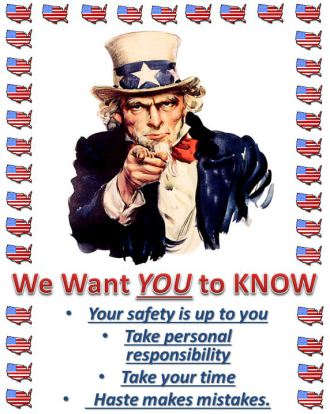 MONDAY, July 6, 2015 (HealthDay News) -- In more good news for those who don't let aging keep them from practicing healthy habits, a new study finds the fittest seniors are half as likely as others to suffer from heart failure.

"Older adults can make simple changes to reduce their heart failure risk, such as not smoking, engaging in moderate physical activity and maintaining a healthy weight," said study author Liana Del Gobbo, a postdoctoral fellow at the Friedman School of Nutrition Science and Policy at Tufts University in Boston.

"A person aged 55 has a one-in-three chance of developing heart failure in his lifetime," Del Gobbo said, and the condition is the leading cause of hospitalization in people covered by Medicare, the U.S. health insurance program for seniors.

"Heart failure occurs when the heart is unable to pump sufficiently to maintain blood flow to meet the body's needs," Del Gobbo explained. Heart failure can cause fluids to build up in the feet and legs, leading to painful swelling. Patients with the condition can become tired easily, and other health problems can develop.

In the worst cases, heart failure can require a heart transplant and lead to death.

The study authors launched their research to gain a better understanding of the risk factors for heart failure, Del Gobbo said. To do so, they followed more than 4,400 people aged 65 and older for up to 22 years. The participants -- 61 percent women, 89 percent white and 11 percent black -- were enrolled in the study in the late 1980s and early 1990s.

Over the time the study participants were followed, there were 1,380 cases of heart failure. After the researchers adjusted their statistics so they wouldn't be thrown off by other factors, they found no link between diet and heart failure rates.

The criteria included several measures of physical fitness plus alcohol intake -- ideal is "more than one drink/week, but not more than one or two drinks a day," according to Del Gobbo.

Why doesn't diet seem to matter? "Diet is a very important factor in the development of coronary heart disease, type 2 diabetes and other chronic diseases," she said. "Heart failure has some different underlying causes for its development than these conditions. We did find increased risk of heart failure in people with higher sodium [salt] intake, which makes sense because a high-sodium diet increases a person's risk for high blood pressure, a key risk factor for developing heart failure."

What should people learn from the findings?

"Physical activity among older adults does not have to be strenuous to achieve health benefits," Del Gobbo said. "We saw benefits for adults who walked at a moderate or brisk pace and burned calories through leisure activity, like house or yard work, walking, engaging in outdoor activities, or other forms of physical activity, equivalent to about 30 minutes per day."

It's not clear how active the study participants were before the age of 65, so there's no way to know how healthy habits earlier in life affected them. Researchers also don't know whether healthier habits -- earlier in life, later in life or both -- directly reduced heart failure rates because the study was not designed to find a cause-and-effect link.

Maron said he believes the study provides "strong and plausible" indications that healthy habits reduce the risk of heart failure, although he acknowledges that it doesn't prove they do.

"A healthy lifestyle may not only help you reach an old age," he said, "it may help you avoid heart failure when you get there."

Whistle … and Walk … While You Work

THURSDAY, Oct. 8, 2015 (HealthDay News) -- If you have to sit almost all day while you work, take a short walk whenever you can.

Why? Researchers report that even a 10-minute stroll can restore blood flow to legs affected by prolonged sitting.

"Although the size of our sample was small, the effects and results we found were still profound," said study first author Robert Restaino, a doctoral student at the University of Missouri, in Columbia, Mo.

The findings were published recently in the journal Experimental Physiology.

"The obvious take-home is that uninterrupted sitting and inactivity leads to microvascular dysfunction, and therefore is unhealthy," said Dr. William Gray, director of endovascular services at New York-Presbyterian Hospital-Columbia University Medical Center, in New York City. Gray noted that sitting for a long time has previously been linked to heart disease.

Restaino said the goal of his study was to "tease apart the impairments elicited by prolonged sitting."

To isolate the effects of lengthy stretches of sitting, Restaino and his colleagues had 11 young men engage in some "acute sitting" for six hours. The researchers measured the men's blood flow and a couple of other heart factors both before the sitting session and afterward.

To keep food from affecting the results, all of the men ate the same breakfast -- a quesadilla with pineapple juice -- two hours before their sitting episode. They had another meal four hours into the sitting.

The study participants were not supposed to move their legs while they sat, and they were seated so their legs hung above the floor. They were allowed to read or use a computer.

Once their six-hour sitting ended and blood flow and other measurements were completed, the men each took a 10-minute walk. Then, the investigators again performed all of the same measurements.

The researchers found that sitting was bad. It reduced blood flow in two major leg arteries and the men's calves swelled by almost an inch, on average.

After the stroll -- which, based on step counters, was about 1,100 steps in 10 minutes -- blood flow and other measures returned to pre-sitting levels, the findings showed.

Noting that this group of 11 men represented "healthy individuals," Restaino said that in other groups of people, such as the elderly or those with previous heart problems, "I would imagine the impairments would be more exaggerated."

Questions or comments about this page,  contact Bob Klimek by using the Contact Us page at the top.