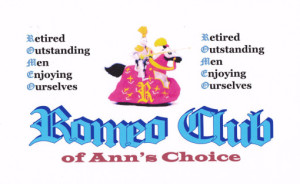 Some pictures from a recent meeting, courtesy of Harry Beam. 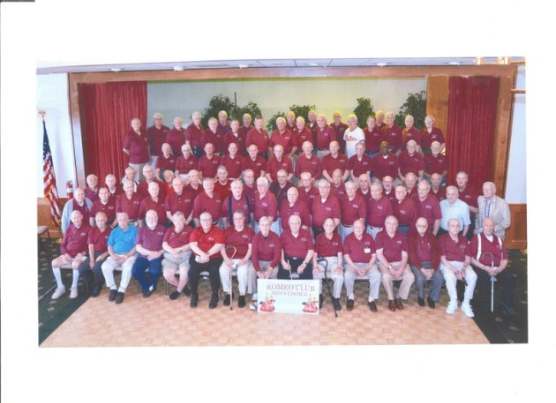 The Romeo Club of Ann’s Choice was founded in March, 2005 by the late Dr. Harry Smith, an Ann’s Choice resident.  After the first breakfast meeting, those who attended established the Romeo culture of no fees, no dues, no constitution and no bylaws.  In September, 2007, the club began meeting for a moderately priced breakfast at the nearby Vereinigung Erzgbirge, a restaurant and recreation club.  Effective April, 2013, we moved to the Keystone Multi-Purpose Room at Ann's Choice. With the growth of membership to over 130, a more formal structure was required and the club, furthering its 16th century literary theme, adopted a mounted Knight of the Middle Ages for the club’s logo and named a Regent to lead the club together with a Minister for each of the club’s functions of Finance, Haberdashery, Trips and Travel, Records, Fellowship, Music and Mirth.  In the last three years, Romeo members, after the breakfast meeting, have been entertained by a score of interesting speakers from Ann’s Choice and the community and have visited over 25 special sites (cathedrals, historical homes, museums, vineyard wineries, etc.).